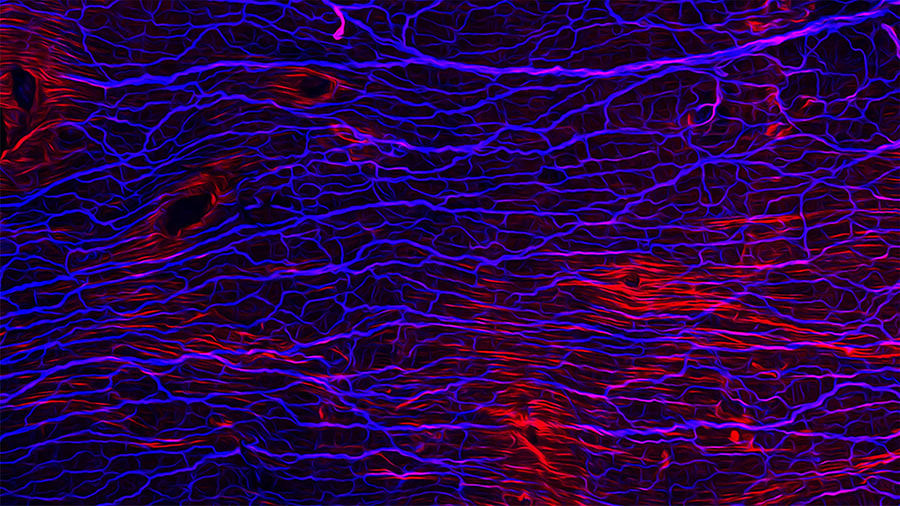 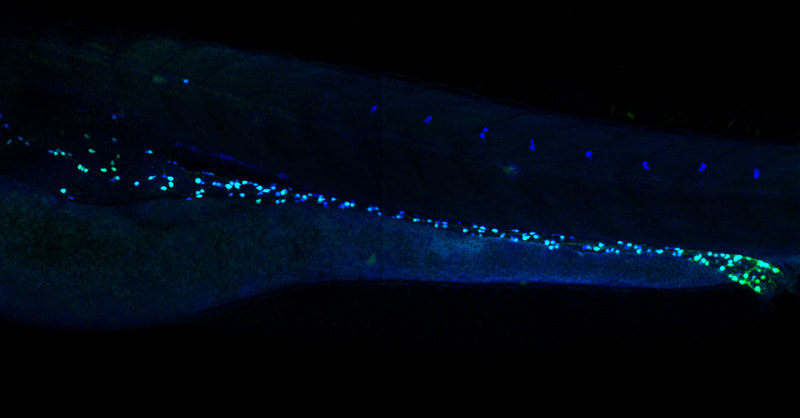 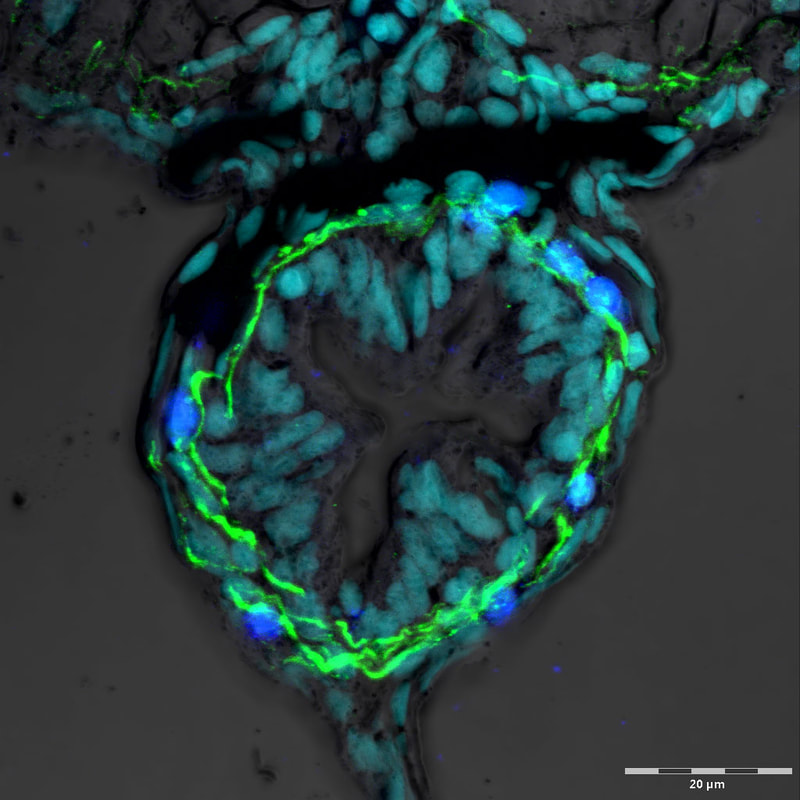 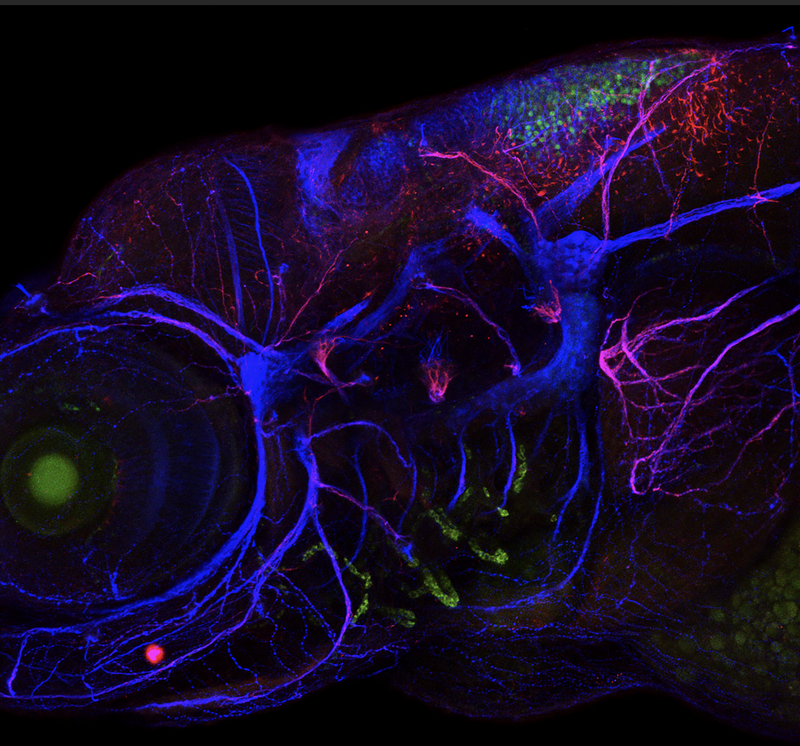 HOW DOES THE GUT BRAIN FORM FROM STEM CELLS?
The Uribe lab globally strives to understand how complex tissue systems are created from simple constituent components. This area, known as systems developmental biology, aims to increase fundamental knowledge of how living tissues, organs and, ultimately, organisms are constructed.

One current area of lab research focus is on understanding how the largest division of the peripheral nervous system, the Enteric Nervous System (ENS), is constructed during embryonic development from a stem cell population called the Neural Crest.

​The ENS is composed of thousands of ganglia embedded within the walls of the gut.  Each ganglia consists of diverse enteric neuron subtypes and glial cells, which together regulates gut peristalsis, water balance and hormone secretions.  The number of neurons found within the ENS rivals the numbers of those found in the spinal cord, causing it to also be known as "the second brain." It is important to study development of the ENS so that we can understand not only how it forms and functions, but also to help us to understand how things go wrong in various gastrointestinal disease states (Hirschsprung disease, Achalasia), as well as neural crest stem cell defects, such as when neural crest become cancerous.

During zebrafish embryogenesis, neural crest cells, a migratory stem cell population, migrate into the primitive gut in two chains (as depicted below in schematic and timelapse video), eventually surround the gut tube and turn into neurons by the 5th day in development in order to form the ENS. Complex cellular, molecular, genetic and systems-level forces orchestrate neural crest transformation into enteric neurons that make up the ENS. Zebrafish are an excellent model system to investigate ENS development due to their rapid, transparent development, amenability to genetic manipulation and high-resolution live imaging.  As shown in the cartoon and images below, zebrafish ENS development is rapid and enteric neurons are easily detected as early as a few days post fertilization (dpf).

Please see the Research Areas tab above for our current research endeavors. For a general overview of the lab, please see a recent Rice video about the lab, below.